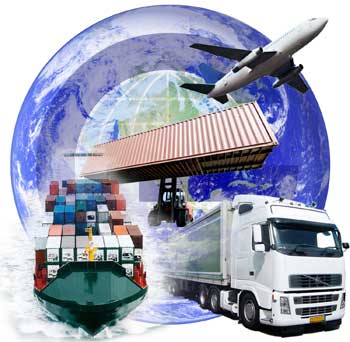 Dubai is a city of dream in the United Arab Emirates, For so many expatriates in Dubai is not just a city , it is a dream also. They saw the dream to be there, once they had been there they participated in creating this dream city. People of living in Dubai proudly call their city as world’s capital because it has all the nationalities around the world and they live in harmony. It is the dream of Dubai’s rulers to make and present Dubai as world capital for culture , trading & tourism. Today, we are living in that reality.Perhaps Dubai city is one of the most populated expatriate city in the world. 83 % of the total community is expatriates, among them largest are Indian,Pakistani, Bangladeshi, Filipina, Srilankan ..etc. Dubai is not only just city of Sky Scrappers but also an important trading center of the world. Its strategic geographic location made the town an important trading hub and by the beginning of the 20th century, Dubai was already an important regional port.

Dubai Cargo - Door to Door Cargo Service | Around the World 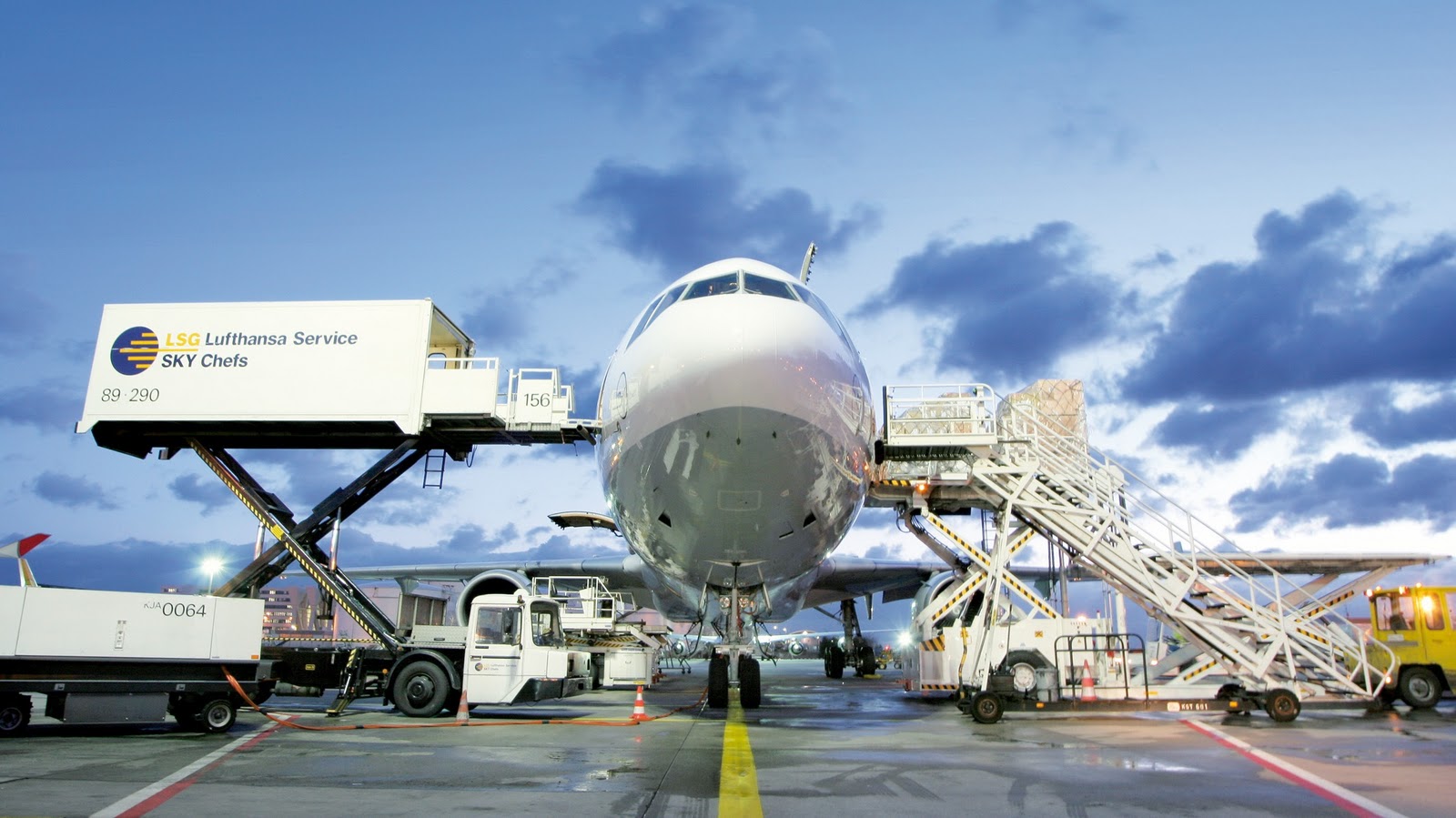 Dubai Cargo TGM LLC  ( Top Global Movers LLC) was established in Dubai UAE in 2010 by a group of young entrepreneurs with a motive to be a notable Company in the moving industry of UAE. We stand different in the industry because of our Customer Support, Best Rates, Great Support Service during and after sales.We take pride in offering great Cargo services in Dubai at a reasonable rate. All our employees are well experienced, courteous and careful. We offer personalized service for any kind of cargo requirement whether it is to Commercial or Household items and we understand the importance of your belongings. We offer safe and export packing and moving service. Under the supervision of our expert supervisors, we pack goods depending upon the nature of the item and use appropriate packaging material of best quality. We ensure that all the goods are perfectly packed so that there is no chance of damage during transportation.

Utilizing a network of over many agents worldwide, our dedicated professionals ship valuable commodities with the utmost professionalism and ease. We are a unique leader in freight forwarding , having serviced thousands of customers from around the globe.

The entire Cargo moving process will  be done with most ease and care. We make sure that the goods are moved without any inconvenience and in a hassle free manner. The understanding of our packers & movers about every aspect of the business creates a facility that provides experienced packing and moving by crews and professionally trained drivers. We relieve you from all your trouble & anxiety by maintaining timely and intact delivery of your consignment at your door step. We pack all your belongings as per the nature of the item and requirement with the help of our professional packing experts. All this leads to safe delivery of our client’s goods to the desired destination. Our major services are;

Local Moving from Dubai, Sharjah & Ajman Such as;

Safe Storage and Warehousing facility in Dubai, Sharjah and Ajman

Its strategic geographic location made the town an important trading hub and by the beginning of the 20th century, Dubai was already an important regional port. Dubai boast one of the largest Port operator in the world that is DP WORLD. The United Arab Emirates (UAE) has several modern ports, including Dubai’s Port Rashid and Jebel Ali. Port Rashid contains a large shipyard, and Jebel Ali is located on of the world’s biggest man-made harbors. Port Rashid (known as Mina Rashid in Arabic) is a man-made commercial port named after Sheikh Rashid bin Saeed Al Maktoum. Port Rashid handles containerized, general, and roll-on/roll-off cargo as well as passenger vessels. Port Jebel Ali was created further from downtown Dubai in the early 1980s to supplement Port Rashid’s facilities. The Dubai dry docks and Maritime City are located adjacent to the port. In 2008, there was an announcement that all cargo operations would be moved to Port Jebel Ali and that Port Rashid would become a cruise terminal and mixed-use urban waterfront area to house 200,000 people.The Dubai Ports Authority (DPA) operates Port Rashid and Port Jebel Ali. It was awarded the Best Seaport and Best Container Terminal Operator in 1999 at the 13th Asian Freight Industry Awards. The DPA serves over 100 shipping lines and has facilities that include 102 deepwater berths, 23 container gantry cranes, and ten container terminal berths. Port Jebel Ali is 35 kilometers southwest of the city of Dubai in the United Arab Emirates (UAE). In 2008, The Dubai Port Authority (DPA) announced that all cargo operations would be moved from Port Rashid to Port Jebel Ali. Port Rashid will then become a cruise terminal and mixed-use urban waterfront area to house 200,000 people.Port Jebel Ali offers amble area for container handling, with over 1 million square meters of container yard. It also contains ample space for medium- and long-term general cargo storage, including seven Dutch barns with a total of almost 19 thousand square meters and 12 covered sheds covering with 90.5 square meters. In addition, Port Jebel Ali offers almost 960 thousand square meters of open storage. The Port Jebel Ali berthing facilities for roll-on/roll-off vessels and car carriers offer ample space for short- and long-term vehicle storage and for livestock handling. Al Hamriya Port is one of the smaller ports in Dubai. It is located in Deira, The purpose of the port was to handle small fishing ships, as well as to accommodate some of the commercial ships destined for Dubai.The port plays a key role in facilitating trade between Dubai and countries in South Asia and East Africa. Food, automobile spare parts, and livestock comprise the bulk of trade through the port. Al Hamriya Port is in the process of being expanded.

Dubai Cargo Village is renamed as  Dubai International Airport Cargo Gateway and owned by the Dubai Department of Civil Aviation. This facility has undergone a major restructuring since 2008. It has been re-branded as Dubai International Airport Cargo Gateway with the adjacent facilities under construction in Jebel Ali being named Al Maktoum Airport Cargo Gateway. Both cargo gateways are now controlled by Dubai Airports Company. When Dubai Cargo gateway was built in 1991, it was designed to handle 150,000 tonnes of cargo per year. The 300,000-square-metre complex was built at a cost of $75 million to accommodate air and sea freight growth and facilitate transshipment operations between the Indian sub-continent, South East Asia, the Far East and Europe. Within a few years, the facility became too small to accommodate rising demand.

As Dubai rapidly transformed itself into one of the world’s key re-export hubs, DCGs terminals and sea-air cargo centre recorded consistent double-digit growth and the facilities expanded to meet demands. Dubai Airport is currently the world's fastest expanding airport.

Within only a few years of Dubai Cargo gateway’s founding, cargo activity at the Village outgrew available capacity, and the need arose to accommodate rapidly increasing demand. This demand resulted from several factors combined: Dubai’s phenomenal growth, the determined expansion of Emirates Airlines, increased popularity of air cargo transportation, and the UAE’s central position on the world map.To meet the need for cargo space, the Department of Civil Aviation embarked on a multi-phase US$200 million expansion program set to increase DCG’s freight handling capacity with a new Mega Cargo Terminal. The Mega Cargo Terminal, completed in 2008, features a designated function and state-of-the-art equipment for each level. The final phase will increase DCG’s cargo handling capacity to 2.7 million tonnes per year (a sharp increase from DCG’s initial annual handling capacity of 150,000 tonnes of cargo in 1991).The Mega Cargo Terminal features an express mail centre, new facilities for administrative and agents’ offices, a multi-storey car park, elevated roadway, a new central utility plant, a mosque, and other amenities. The Mega Cargo Terminal attempts to consolidate Dubai Cargo gateway’s position as a pivotal facility for cargo movement in the region and secure Dubai’s position as one of the world’s leading cargo destinations.